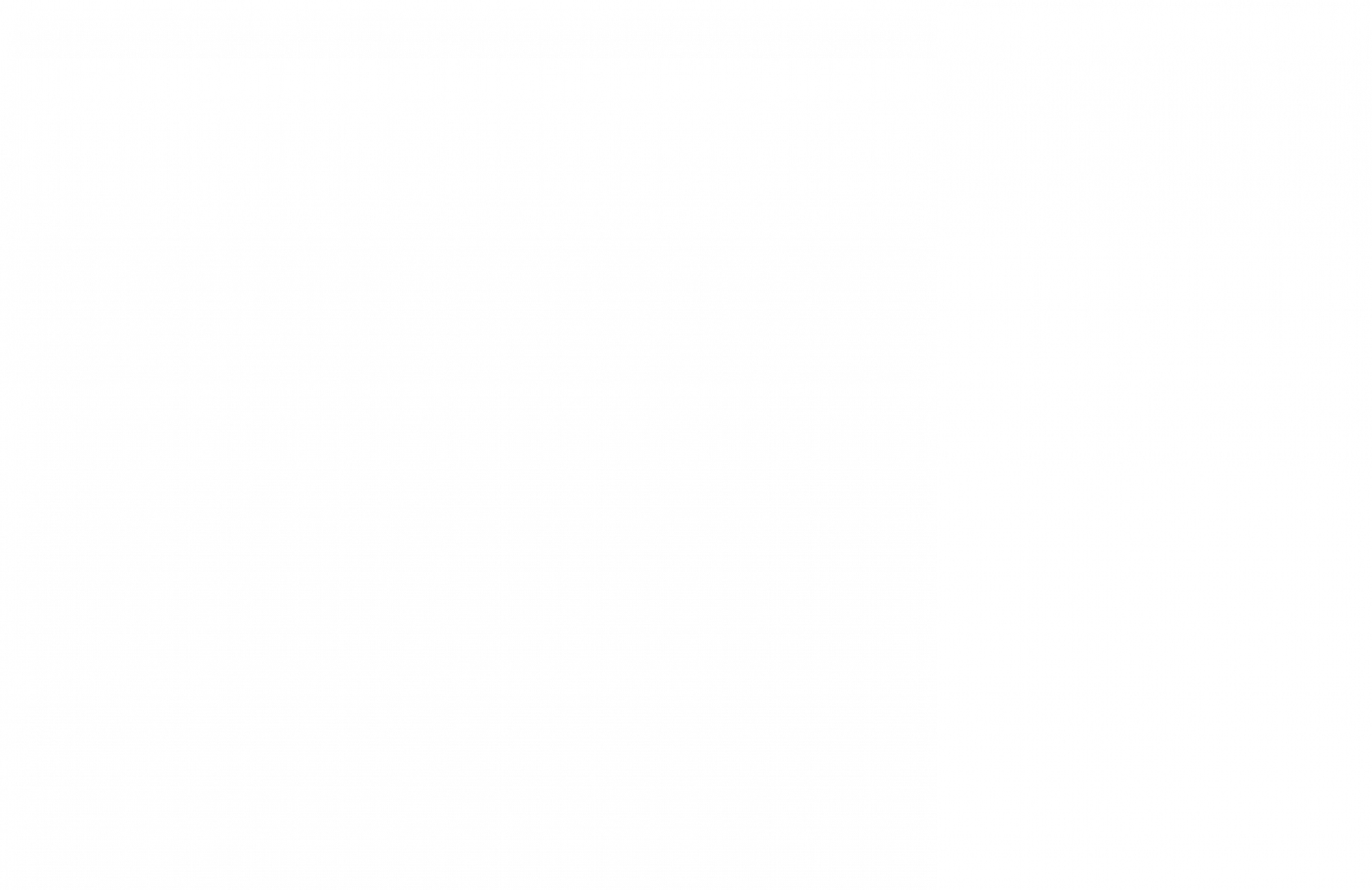 adjinn registered a total of active campaigns of 41,734 in this period of December 2017.

The Finance sector has once again been the sector with the highest Share of Voice with 10.7%.

As for brands captured, the Distibution sector is the leader (560 brands), followed by the Tourism (391 brands) and Entertainment (312 brands) sectors. And also the leader in campaigns captured (3874 campaigns.)

The placement of the leading sector was 40% in its first scroll, 10% in second scroll and 50% in the third.

18% of the campaigns were programmatic,

28% had a part of programmatic

and 54% of the campaigns were not programmatic.

And finally, the devices used by each campaign, 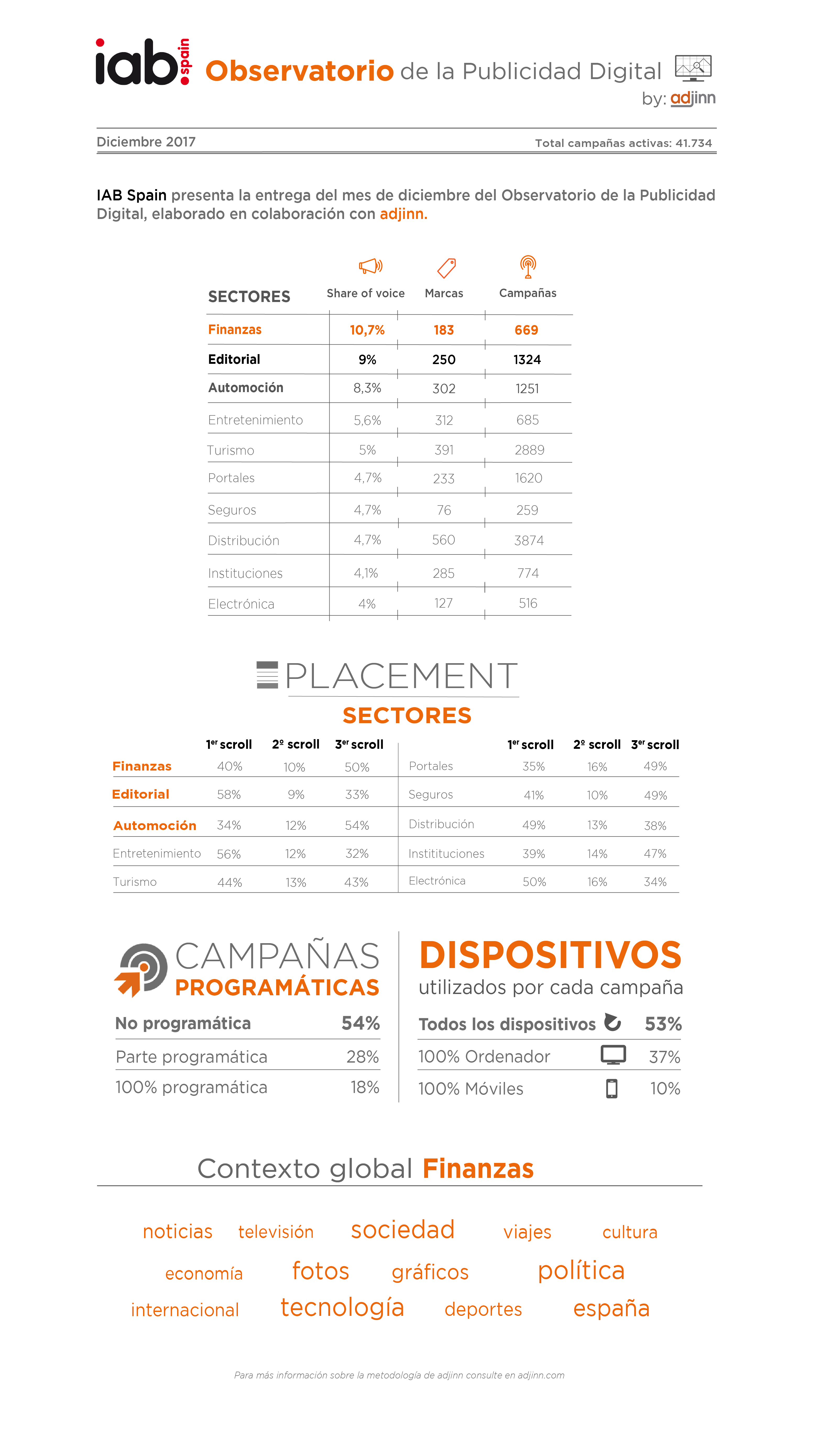 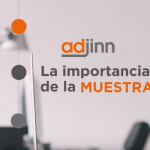 The importance of the sample base ?Spain 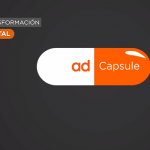